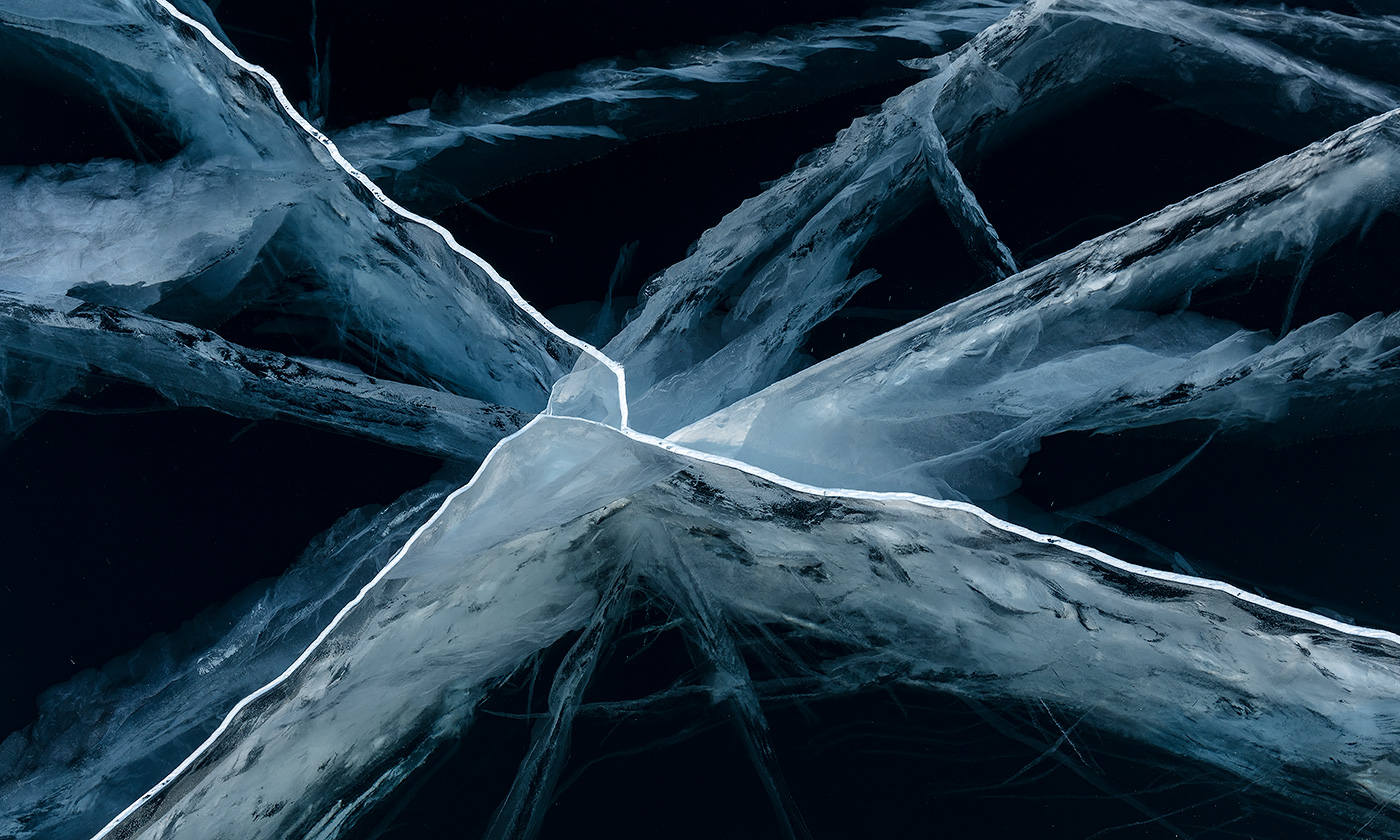 Russia’s Lake Baikal is located in the southern part of eastern Siberia. It is the largest freshwater lake on our planet (by volume) and the world’s deepest lake, 1.642 meters (5,387 feet). It also is one of the clearest lakes and holds 20 percent of the world’s fresh water. In 1996 it was declared a UNESCO World Heritage Site.

During February and March, the surface of Lake Baikal is deep frozen (the ice thickness can reach 1.5 meters) and the temperatures are far below zero. In February 2019, when Ingo took his pictures, it was always between -20 and -40 °C (-4 to -40 °F).

In winter, the rocks on the shore of Lake Baikal are covered with frozen ice. Together with the natural cracks and many methane gas bubbles in the almost transparent ice, it forms a unusual winter landscape.